In November 1992 with the blessings of HH the Dalai Lama, the new Chagpori Medical College – now known as Chagpori Tibetan Medical Institute (CTMI) – was inaugurated at Darjeeling, India, in commemoration of Chagpori, Lhasa, Tibet.

Dr. Trogawa Rinpoche had spent many years waiting for this day.
He had originally hoped to establish the new Chagpori in Nepal, but despite the expenditure of considerable time and money it was impossible to achieve. In 1989 his brother Tashi resigned from his job in order to help. Rinpoche took students into the family house in Darjeeling in 1990, and in 1992 the school came a step closer when it moved for three years into Hawk’s Nest, a property of one of the Board members, also in Darjeeling. Even after the CTMI was officially established and formally recognised, Rinpoche continued looking in Darjeeling, Kalimpong, Siliguri and Sikkim and finally, after consultation with other high lamas, the present location at Takdah was chosen.

Today, CTMI has fully-functioning college facilities in Takdah, including a small area for plant growing, clinics in Darjeeling town, Takdah and in Kurseong. In the next phase of development, all the departments of the college will be united on one site at Salugara, in Siliguri, West Bengal.

Chagpori is described as having three pillars: the College, the Pharmacy and the Clinics.

The administration of Chagpori is done by the Governing Board. The day-to-day work is carried out by the director and the office. The Institute is registered as a non-profit charitable organization under the West Bengal government.

Dr. Teinlay P. Trogawa – Director
Teinlay studied Tibetan medicine under Trogawa Rinpoche since 1993. Since 1996 he was Rinpoche’s translator and personal attendant.
In December 2005 he was elected as the President of Chagpori’s Governing Board and also appointed as the Director of Chagpori.

Mr. Tshering Norbu Dekeva – General Secretary
Having received primary education in Central School for Tibetans, Darjeeling. Mr. T.N.Dekeva received his further education in Central Institute of Higher Tibetan Studies, Sarnath, Dr. Gram’s Homes, Kalimpong and finally completed his studies from St. Joseph’s College, Darjeeling in 1982. While studying at the St. Joseph’s College, Norbu also worked as the President and also General Secretary to the Region Tibetan Youth Congress, Darjeeling. He is one of the founder members of Manjushree Centre of Tibetan Culture and is working as the General Secretary to the Institute since its inception.(1988) He is one of the founder members of CTMI and first General Secretary to the Institute. T.N. Dekeva is also actively involved in other local social organizations in Darjeeling.
Norbu is a hotelier by profession, running Dekeling Resort and Hotel: www.dekeling.com

Tseyang Norbhu – Treasurer
Ms Norbhu is the Principal of the Himalayan Nursery School, one of the most renowned kinder-garden schools in Darjeeling. She is the current General Secretary of CTMI.

Mr. Jigme Ugyan – A teacher in the Central School for Tibetans, in Darjeeling. Graduated in 1974 from Delhi University and served in Kashag Secretariat, Dharamsala for one year before undergoing B. Ed. Course and joining Central Tibetan Schools Administration as teacher in 1976. Has served in Miao, Tezu, and Tenzingang. He is also an Executive Committee member of Manjushree Centre of Tibetan Culture and Tibetan Pens Club.

Dr. L. Wangdi (Mrs.) – Dr Wangdi is an allopathic doctor. She worked with the West Bengal Health Department until her retirement in 1993. She then worked in a Leprosy Eradication Project in the Siliguri area from 1995 until 1997. She also worked as Health Officer for the Darjeeling Gorkha Hill Council’s Health Department, and retired after serving as Chief Medical Officer of Health for DGHC for three years. From April 1999 to November 2002 served as the Community Development Specialist (CDS) for the World Bank Project of IPP VIII Extn for Darjeeling Municipality. This Project provides preventive and promotive Health care to the BPL (below poverty line) families of urban areas.
1964 – 1967 served as the first Medical Officer In-charge of the Hospital for Tibetan refugees at the Tibetan Refugee Self Help Centre, Darjeeling.

Dr. Teinlay P. Trogawa was born in Darjeeling in 1976. He completed his formal school education in 1993 at St. Joseph’s College.
Since then he studied Tibetan medicine under his uncle, Trogawa Rinpoche, in the traditional way, in which the essence of the teachings is passed on directly from master to student. He received teachings on the texts and practice of Tibetan medicine and completed his clinical training under the personal guidance of Rinpoche.

From 1996 he also served as Trogawa Rinpoche’s translator and travelled with him to Europe regularly. He was his close student and attendant until his passing in 2005. Since then he has dedicated himself to fulfilling Rinpoche’s vision. He is continuing the work at Chagpori Tibetan Medical Institute for the preservation and propagation of Tibetan medicine.

Dr. Trogawa is married and has three young children of which the elder is the Yangsi (incarnation of Trogawa Rinpoche).

Training
Chagpori Tibetan Medical College is at this moment located at Takdah Cantonment, about twenty-seven kilometres from Darjeeling.
The College has been training students since 1992. The students have to complete five years of studies after which they have one year of internship. During the first five years they study the theory and basics of Tibetan medicine and also Tibetan grammar and English.
During the internship period the students are given the opportunity to learn the different aspects of clinical practice and medicine-making. Throughout the entire period emphasis is also on the study and practice of Medicine Buddha rituals and dharma teachings related to healing. These are the important aspects which characterise the Chagpori system of medicine.

Qualifications
Qualifications were originally awarded by CTMI and the Tibetan Medical and Astro Institute (Men-Tsee-Khang) which administered the examinations, but now with the current students the final examinations are supervised by representatives of the Central Council of Tibetan Medicine. 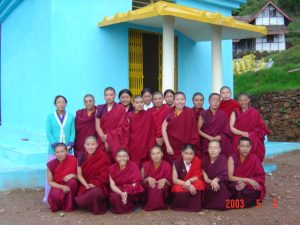 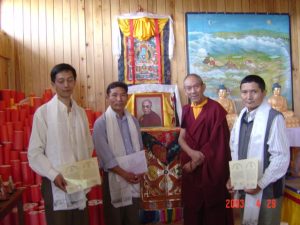 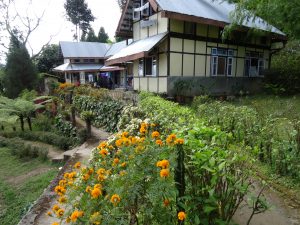 See more in the photo gallery

Pills Made by Hand
Chagpori’s pharmacy produces the different herbal medicines which are used in the clinics. Most of our medicines are produced manually
in small quantities and we give the highest priority to the quality of our medicine. Until today, all the herbs are powdered using a pestle and mortar.

New Pharmacy
Because we plan to open more clinics in the near future, we have to expand our pharmacy. We will be changing some of our ways of producing the herbal pills, for which we are installing new machinery.
On 29th November 2014 we had a ceremony to mark the completion of the ground floor of the pharmacy. 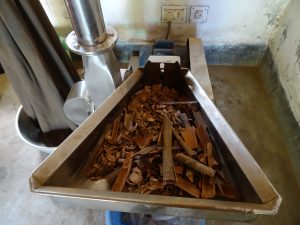 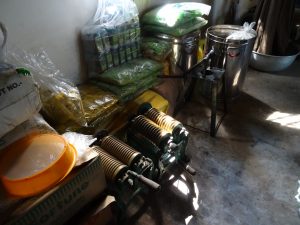 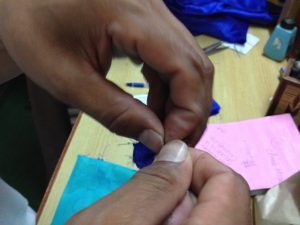 See more in the gallery

Local Clinics
At the moment we have five clinics: one in Darjeeling, one in Kurseong, which is between Darjeeling and Siliguri, and one near the college site in Takdah. The fourth clinic is in Jorethang, south Sikkim. Recently we opened the fifth clinic in the old pharmacy in Salugara. Chagpori provides medical health care according to Tibetan medicine to all people, regardless of caste, creed or race. The amount we charge for our consultation and herbal pills is just sufficient to help us to cover the costs. The services we give are offered on a sliding scale to patients depending on their means.
We also provide regularly (free) medical camps in the region.

Future Plans
We plan to open more clinics in the near future and we would like to send doctors twice a year to the West for the continuous care and follow-up for the patients of Trogawa Rinpoche as well as for new patients. 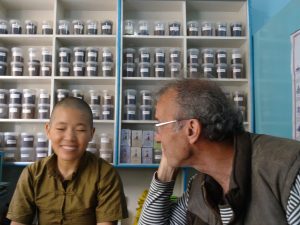 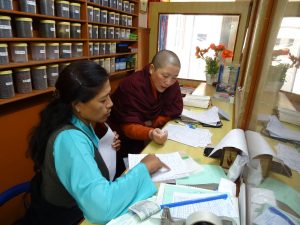 See more in the gallery

These doctors have graduated from CTMI since its inauguration in 1992